Felicity Warner - "I founded Soul Midwives to bring love and dignity to the dying."

Felicity Warner created the idea of Soul Midwifery for the dying after sitting with many hundreds of people at the end of life.

Her pioneering work over the last twenty-five years has brought a new dimension to holistic and spiritual palliative care, both in the UK and abroad (there are now Soul Midwives working in the USA, Canada, Australia, New Zealand, South Africa and Europe). She is a respected lecturer, teacher and author of four acclaimed books – ‘Gentle Dying’, ‘A Safe Journey Home’, ‘The Soul Midwives’ Handbook’ and ‘Sacred Oils’.

‘The Soul Midwives’ Handbook’ is a text book used by both complementary therapists and in medical and nursing schools. 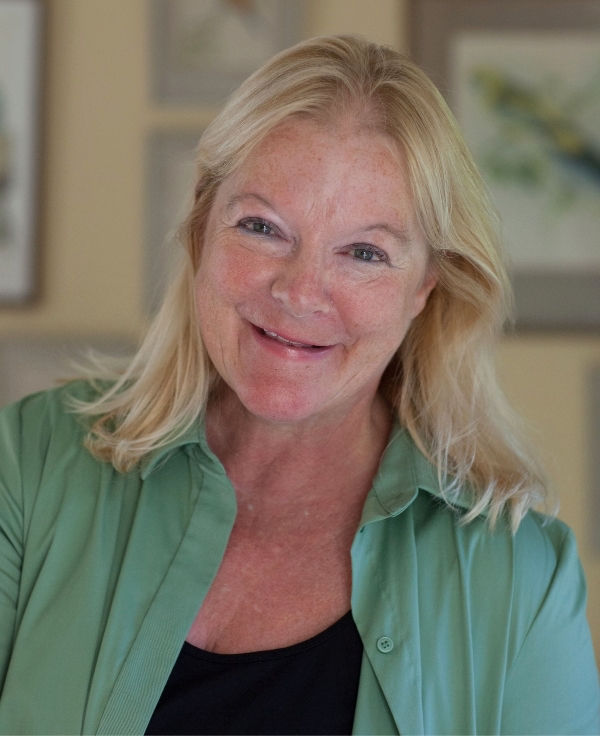 After winning two major national awards for her services to the dying, she says:

“To have the validation and support of the UK’s top clinicians  and policy makers is a major step forward for Soul Midwives and the work we do. I am absolutely delighted to have won these prestigious awards, but I’m sharing the honour with all the wonderful Soul Midwives I have trained, who are taking the work out into their communities and helping the dying in many places.”

Felicity was also named End of Life Doula of the Year by The Good Funeral Awards in 2017 in recognition of her services to the bereaved.

She was made a visiting research fellow of The University of Winchester in 2014 and she lectures both internationally and across the UK.

In 2010 Felicity was nominated for the prestigious Woman of the Year award for her campaigning and work in palliative care and was named one of the most Inspirational Women of the Year by the ‘Daily Mail’ in 2017.

Her passion is for doing ordinary work with “extra” ordinary love, supporting the dying and their families, promoting end of life education, and collaborating with important community projects.

Her teachings also focus on understanding the mysteries of death and dying and the less obvious aspects of the journey and how to embrace them.

Seeing my grandmother die when I was just fourteen had a profound effect on me. I was brought up by her from the age of six, but she developed lung cancer when I was thirteen and very gradually, I became her carer. I visited her in hospital the night she died and was shocked at the cold, sterile room she was in, harshly lit by stark overhead lights, and the smell of disinfectant.

I wished I could take her home, stroke her head, play her favourite music with the cat at the end of her bed. I vowed there and then, that eventually, I would help people to die gently, knowing they were loved, in a peaceful, soft and loving atmosphere.

I moved to Denmark to live with my mother, and just three years later, my step-father died from a heart attack, aged thirty-six. My half sister had just been born and my mother was in pieces. This harrowing experience left me wondering how we could experience death in a better way.

My  plans to study medicine were dashed by these events, but through my love of writing, I became a health journalist specialising in palliative care. Early on, I documented the experiences of six young mothers with terminal breast cancer. They taught me so much about loneliness, isolation and fear, and how it felt to be dying.

One woman described climbing into her dog’s basket at night to nuzzle him and cry – he was the only being that enabled her to express her feelings. I quickly realised that a calm and neutral outsider who could “deeply listen” and support the journey, brought healing calm to the dying process.

Volunteering at a hospice helped me to develop the ideas behind Soul Midwifery.

I offered patients hand massage, music and relaxation techniques which made them less fearful. Those who found talking difficult started opening up. I saw that dying patients were going through a series of emotional and spiritual stages, if we could support someone through each stage, a good death could be achieved.

I wrote my first book ‘Gentle Dying’ and began teaching and campaigning for raising awareness in compassionate care for the dying.

For over twenty-five years, I have had the privilege of supporting  the dying and their families towards a tranquil and dignified end to life.

It’s wonderful to see Soul Midwives in hospices, care homes and within people’s own homes within the community, and the NHS are now working with us in some areas.

Many people have trained to become Soul Midwives – not just doctors, nurses, counsellors, priests and carers, but best of all, ordinary, warm-hearted people who are comfortable with the subject of dying and passionate about the special work that they do. 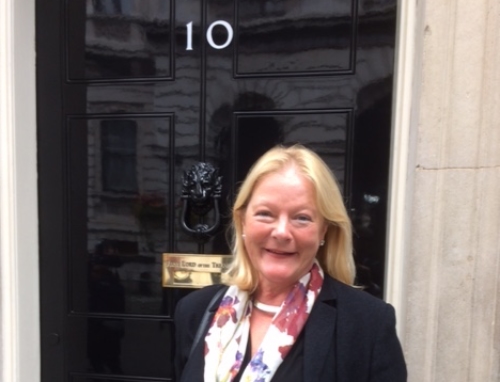 Felicity is a passionate campaigner for raising standards of care at the end of life.

From volunteering in local hospices and working one-to-one with dying people in the last days of life, she developed the Gentle Dying method, now called TLC or Tender Loving Care, which offers comfort when medicine has reached its limits.

It can be learned and used by anyone, in any setting, to enable death to be a peaceful and dignified experience.

Here she is, visiting No 10 Downing Street, London.

Therapeutic Consultancy: This is a gentle, caring and confidential service for those facing the end of life or those who are caring for a loved one.

Professional Mentoring: Support for doctors, nurses, social workers, counsellors, psychotherapists and care workers who are working with those at the end of life.

Lecturing and Workshops: Felicity is  a popular lecturer at hospices, hospitals, care homes and other education providers.

Felicity lectures regularly at the Royal Marsden Hospital in London, on her work with aromatic oils and their pyscho-spiritual use at the end of life, and at international palliative and end of life conferences.

Made with Wonderful Wordpress and Extraordinary Elementor​

With ❤ by Perthshire Websites

Menu
Like all websites we use cookies to ensure that we give you the best experience during your visit. We set cookies to expire within a week of your visit and we don't set any third party or advertising cookies at all. If you continue to use this site we will assume that you are OK with this. Thanks.OkPrivacy policy